Friendship with God demands total gift of ourselves 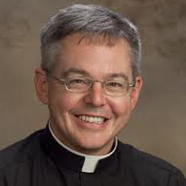 By: By Msgr. Stuart Swetland

“Sacred Scripture is God’s love letters to us. But at times they can be difficult to understand.” It is often reported that the famous German Jesuit Father Karl Rahner used to say to priests on retreat that if you really wanted to understand sacred Scripture, begin with the most difficult passages. I cannot verify this quotation attributed to Father Rahner, but I have found over the years that “unpacking” a difficult section of Scripture can help reveal more of the mystery of God’s love for us.

Exodus 3:1-15 is just such a passage. The image presented here of Moses’ encounter with the living God speaking to him through the burning bush is one of the most famous in all of the Torah. God reveals to Moses his vocation to lead the Chosen People out of slavery into the freedom of the Promised Land. God also reveals something about who He is. It is this self-revelation that makes this passage so interesting but also so difficult to understand.

While much could and should be written about this passage (God’s use of angels, the proper understanding of call or vocation, the mystery of God’s particularity in choosing a people, etc.) one conundrum that jumps out at the reader: the name of God. What can this name, translated in our lectionary as “I am who am,” mean?

First, we should recognize that this is not the only name given by God in this encounter. God also refers to Himself as “the God of your fathers, the God of Abraham, the God of Isaac, the God of Jacob.” By this title God reveals that He is a God of relationship. Abraham, Isaac, and Jacob all had a personal and intimate relationship with God, and they live with Him in eternity. Jesus will cite this passage to demonstrate the truth of the resurrection of the just because God is a God of the living not the dead. (cf Luke 20:37-38)

Second, we should try to understand the enigmatic name “I am who am” (the sources for the Hebrew term YWHW — the name that Jewish people, our older brothers and sisters in the faith as Blessed John Paul II referred to them, will not pronounce out of reverence and awe) as Moses would have. It should be noted that Moses would not have understood it as a statement about God’s being (his ontology as the philosophers would say). Ideas about being are relatively new in intellectual history and had their origins in Western thought in Greek philosophy that developed 1,000 years after Moses.

FIRST STEP IS REPENTANCE
For the people of Moses’ time, they would have understood God’s self-revelation in a more functional way. God is revealing that He is present to His people to save them, to rescue them from slavery. God is saying, “I will come down (be present to you) and rescue you (be your Savior).” In other words, God is saying, “I am forming you to be my people and I will be your God.” God was intervening in history to form a community of persons peculiarly His own. (cf. Deuteronomy 14:2)

What was begun through Moses in the first Passover for the Chosen People of the First Covenant is extended to all through Jesus’ life, death and resurrection. Jesus, the Lamb that was slain, has formed a new and Final Covenant in His blood. He has come down among His people to form a community of persons — open to all who will accept His offer of friendship.

As today’s Gospel teaches, the first step in accepting God’s presence as Savior is to repent. Repentance here means to have a true change of heart, to reject anything contrary to living a love relationship with God, and saying “yes” to God’s offer of a life-saving friendship.

This yes to God is, of course, transforming. It will demand of us a total gift of ourselves, holding nothing back from Him who loves us so. But it will also reveal to us the Kingdom and allow us to know the joy and peace of God that surpasses all understanding. (cf. Philippians 4:7)

MSGR. STUART Swetland, a priest of the Diocese of Peoria, is the Most Rev. Harry J. Flynn Professor of Christian Ethics at Mount St. Mary University in Emmitsburg, Md., and director of the Center for the Advancement of Catholic Higher Education.