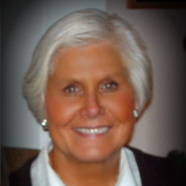 Photo Caption: Judy Sment of St. Hyacinth’s Parish in LaSalle, is the author of more than 160 poems and two books, inlcuding the newly published “Humbled But By the Grace of God.”

LASALLE — God interrupted Judy Sment in the middle of the night so often that she started keeping a notebook next to the bed so she wouldn’t forget the poetry he was inspiring her to write.

“I think it was because that’s when my mind was quiet and he could get in,” said Sment, a member of St. Hyacinth’s Parish here and the author of more than 160 poems and two books. “My Walk with God” was released in 2005 and “Humbled But By the Grace of God” was published earlier this year by PublishAmerica.

“I worked at a newspaper and had a very fast-paced life. There wasn’t a lot of down time,” she said of her years in the circulation department at the News-Tribune in LaSalle. “I was a workaholic. I think that’s why he came to me the way he did.”

She used the poetry to inspire, encourage and console family and friends — and strangers.

“The Lord would be calling me to give a poem to someone at a certain time. His timing was perfect,” Sment told The Catholic Post. “I would tell them it was God’s gift to me and my gift to them.”

Often they would remark on how her words came at just the right time and that’s how she knew God’s hand had been in it. “I was delighted I could deliver the messages he wanted me to convey through my poetry,” she said.

Before long the poetry wasn’t enough, however. Sment felt she was being called to write three books. While she didn’t know what the Lord wanted — or even how to go about writing a book — she said she was blessed with the title and what to put in each chapter.

“My Walk with God” is her autobiography and details the adversities she has faced and how her spiritual life has been strengthened through her reliance on God.

Her latest book focuses on what it means to be truly humble and how to remain faithful to God and trust in his promises. The last chapter is titled “Humor in Humility” and asks readers to chuckle along with her and then turn to God for help: “He is always there to pick up the pieces.”

“THERE IS A GOD”
“I feel I’m God’s messenger,” Sment said. “He touches each and every reader in their own special way and helps their hearts in whatever way he needs to. It’s his purpose — he reaching out through my books.”

Also providing inspiration are her husband of nearly 50 years, Ed, and their four children, Tammy, Tracy, Tricia and Ty. The Sments also have three grandsons, Jason, Matthew and Christopher.

Judy, who was raised in the Congregational church, became Catholic when she and Ed decided to get married in 1963. “I didn’t want him to go to one church with our children and me to another,” she said, noting that she is proud to be Catholic.

They were active in Resurrection Church until it was closed and now belong to St. Hyacinth’s, where they were married. Sment said she taught religious education classes for 25 years, has been a lector and extraordinary minister of holy Communion, and has been involved in pastoral care of the sick over the years.

For now, her main ministry is the written word. She has started working on her third book, “On Bended Knee,” which is about her prayer life and her experiences in pastoral care.

She said she has been asked what the message of her books is and she has a simple answer: “There is a God. There is. You just have to believe it.”

For more information on Sment or to buy one of her books, visit her website, judithswalkwithgod.com.