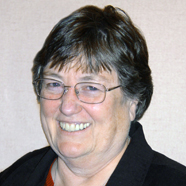 SINSINAWA, Wis. — A Mass of Christian Burial was celebrated on Aug. 13 in Queen of the Rosary Chapel here for Sister Judy Miller, OP, a Peoria native who also ministered in central Illinois. Burial followed in the motherhouse cemetery.

Born in Peoria on March 22, 1942, Sister Judy was the daughter of Lawrence and Sylvia (Nave) Miller.

Sister Judy made her first profession as a Sinsinawa Dominican on Aug. 5, 1965, and her final profession on April 22, 1973. She taught elementary school in Illinois, New York and Wisconsin for 21 years and served her community in a variety of roles, including as assistant archivist responsible for the Mazzuchelli Collection at the Sinsinawa motherhouse and as a research assistant for Project OPUS (the history of the Order of Preachers in the United States).

Preceded in death by her parents and one brother, Donald Miller, Sister Judy is survived by three sisters, Maxine Gardner, Sondra McEnroe and Mary Tegtmeyer; three brother, Lawrence Miller, Bernard Miller and Phillip Miller; nieces and nephews; and her Dominican Sisters, with whom she shared life for 47 years.

Memorials may be mailed to the Sinsinawa Dominicans at 585 County Road Z, Sinsinawa, WI 53824-9701, or made online by visiting sinsinawa.org and clicking on “Donate to Us” and then “Honors and Memorials.”