John the Baptist is a model, intercessor for the new evangelization 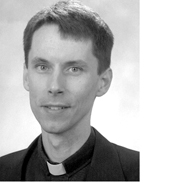 By: By Father James King

Solemnity of the Nativity of St. John the Baptist, June 24

The Solemnity of the Nativity of St. John the Baptist is celebrated every year on June 24. Because of the greatness of the feast, the church celebrates the birth of St. John in the liturgy even when it falls, as it does this year, on a Sunday. The sacred Scriptures reveal much about this saint who was called by Our Lord “a prophet and more than a prophet” (cf. Matthew 11:9).

— St. John was sanctified in the womb of his mother. Speaking of John to his father, Zechariah, the angel Gabriel said, “He will be filled with the Holy Spirit, even from his mother’s womb” (Luke 1:15). The church has understood this to mean that while St. John was conceived with original sin, he was cleansed of that sin before birth.

— As an unborn child, St. John was the first to recognize the coming of the Messiah. Elizabeth, the mother of John the Baptist, told the Virgin Mary, “Behold, when the voice of your greeting came to my ears, the babe in my womb leaped for joy” (Luke 1:44). John, in the womb of his mother, miraculously recognized the coming of Christ when he first encountered him in the womb of the Blessed Virgin Mary.

— He was the prophet sent by God to prepare Israel for the coming of the Savior. “John is he who was spoken of by the prophet Isaiah when he said, ‘The voice of one crying in the wilderness: Prepare the way of the Lord, make his paths straight'” (Matthew 3:3). St. John’s greatness as the precursor to the Messiah is shown in that, apart from the Virgin Mary, he is the only saint whose coming is foretold in the Old Testament.

— From his youth, John lived a solitary and penitential life. “He was in the wilderness till the day of his manifestation to Israel” (Luke 1:80). “He wore a garment of camel’s hair . . . and his food was locusts and wild honey” (Matthew 3:4).

— He converted many hardened sinners through his preaching, baptism, and example. Our Lord said to the Pharisees, John the Baptist “came to you in the way of righteousness, and you did not believe him, but tax collectors and prostitutes believed him” (Matthew 21:32).

— He had his own baptism — a baptism of repentance — and he baptized large numbers of people with it. John “appeared in the wilderness, preaching a baptism of repentance for the forgiveness of sins. And there went out to him all the country of Judea, and all the people of Jerusalem, and they were baptized by him in the river Jordan” (Mark 1:4-5). John the Baptist’s baptism was not the Sacrament of Baptism established by Christ, but prepared for that sacrament by calling the people to repentance.

— St. John baptized Our Lord. “Jesus came from Galilee to the Jordan to John, to be baptized by him” (Matthew 3:13). John baptized Christ, who was the giver of baptism. It was Our Lord who made the waters of baptism holy, when he himself was baptized.

— He was the first to point out Jesus to others as the Messiah. “John saw Jesus coming toward him and said, ‘Behold, the Lamb of God, who takes away the sins of the world'” (John 1:29).

— Our Lord himself highly praised St. John. Jesus said, “Truly, I say to you, among those born of women, there has arisen no one greater than John the Baptist.” (Matthew 11:11). Our Lord reveals here that St. John was the greatest saint and prophet of the Old Testament.

— St. John the Baptist suffered a heroic martyrdom for Christ. King Herod “sent and had John beheaded in prison, and his head was brought on a platter” (Matthew 14:10-11).

The past two Holy Fathers have called the church to a new evangelization. May St. John the Baptist be our model and intercessor in helping us all to receive and live the life-giving Word of God, and to share it with the whole world.

FATHER JAMES KING is a priest of the Diocese of Peoria who is on leave of absence for health reasons. He occasionally writes columns on Catholic life and culture for The Catholic Post.