Baby’s story an inspiration for Geneseo run/walk May 12 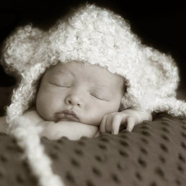 Photo Caption: “Drew’s Faithful Feet” charity run/walk that begins and ends at St. Malachy’s Church bears the name of Drew Schaaf, who died in a tragic accident at home on July 10, 2010.

GENESEO — Drew Schaaf never walked or talked, but the charity 5K run/walk that is dedicated to his memory continues to speak volumes for him.

“Drew’s Faithful Feet,” which also includes a half-mile kid’s run and a 200-yard kid’s dash, will take place on Saturday, May 12. All of the day’s races begin and end in front of St. Malachy’s Church, 595 E. Ogden Ave.

The cost for registrations made before May 5 are $20 for the adult run/walk and $10 for the children’s events. The entry fees for all three will increase by $5 after May 5.

A race t-shirt is included in registrations received by May 5, and prizes will be awarded to those who finish first over all and then by age group. Awards will also be given to the first-place mother-daughter team and mother-son team.

Last year’s race raised about $8,000 for the Women’s Choice Center in Bettendorf, Iowa, to support mothers and children in need. This year’s proceeds will support causes even closer to Dan and Devon Schaaf, Baby Drew’s parents.

TRAGIC ACCIDENT
Born June 23, 2010, Drew attended the very first Faithful Feet event, which was held about two weeks later. Founded by a young adult group at St. Malachy’s that wanted to give back to the community, the race benefited the Geneseo Food Pantry that first year.

“He was the center of attention,” Devon told The Catholic Post by phone from her home in Geneseo. “Everyone wanted to see him. A lot of people wanted to hold him.”

He died in a tragic accident on July 10.

“My husband was helping me out in the middle of the night and they fell asleep together on the couch,” Devon said quietly. “Drew shifted and suffocated.”

The proceeds from the 2012 race will provide a scholarship fund for Angelcare baby monitors and movement detectors, which will sound an alarm if an infant were to stop breathing.

“Even though our case was not a SIDS (Sudden Infant Death Syndrome) case, we’re passionate about that,” Devon said.

Some of the funds will also be used to create memory cards to raise awareness of the dangers of sleeping with a child. The front shows a photo of Drew and the back includes tips to avoid falling asleep with a newborn.
Devon said they hope to distribute them to hospitals and other places that parents of newborns will see them.

After Drew’s death, the parish group that started the charity run/walk proposed that it be held in his memory and called it “Drew’s Faithful Feet.” His footprints now grace the literature.

For Devon, keeping Drew’s memory alive is a key aspect of the race.

“It’s also just raising awareness for other parents and caregivers,” she said. “People thank us because they have found themselves in that situation many times. . . . We know this is what we should be doing.”