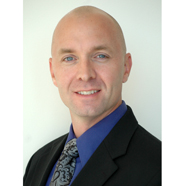 Photo Caption: Tim Roder has assisted in the Office of Family Life for 13 years, including the last 11 as director of its Office of Marriage and Family.

Roder will now oversee all of the office’s programs and ministries.

Whalen, a member of the diocesan curia for nearly 30 years, had been on medical leave since last July following complications from surgery. She is continuing physical therapy and hopes to eventually return to an active ministry, but is presently unable to work. (See related editorial.)

For the past year, the programs formerly guided by Whalen — including widowed and divorced ministries, the pastoral care network, and the post-abortion efforts Rachel’s Vineyard and Project Rachel, among others — were maintained by Roder and Craig Dyke, associate director of the Office of Marriage and Family.

Dyke, however, has been named to direct the Office of Evangelization (see related story here ), further necessitating a restructuring of the family life office.

“Not having Jeanne Whalen and Craig Dyke is a great loss,” said Roder, expressing gratitude for their years of service. “I look forward to meeting the many people they served with and working together to advance those ministries.”

Roder told The Catholic Post that an evaluation of the various family life ministries is under way and that “innovative ways” are being explored for them to continue. For example, proven leaders in areas such as marriage preparation are being identified for training as program moderators, either on a volunteer or stipend basis.

“My goal is to ensure the integrity and quality of marriage preparation programs and create depth and security so they continue when we encounter staffing issues,”
said Roder.

“All of this is an immense task and I thank everyone for their patience and prayers as we continue this transition,” said Roder. He added that Terri LaHood, staff assistant, will also see increased duties and responsibilities.

Roder, a native of upstate New York, has a bachelor’s degree in theology and a master’s in theology and Christian ministry from the Franciscan University of Steubenville in Ohio. He served for three years as director of religious education and adult education at a parish in Dexter, Mich., prior to joining the diocesan Office of Family Life in the summer of 1998.

He and his wife, Lisa, have six children and are members of St. Philomena’s Parish, Peoria.