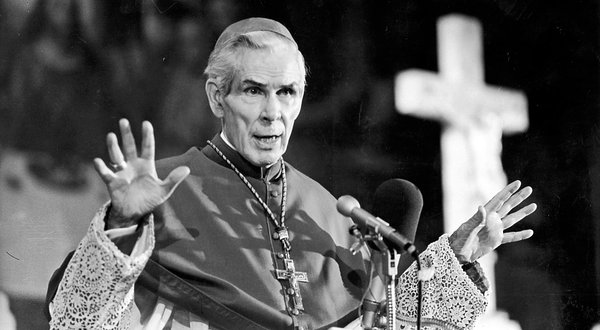 The Supreme Court of the State of New York on Thursday ruled in favor of the family of Venerable Archbishop Fulton J. Sheen regarding their request to allow the transfer of the sainthood candidate’s remains to Peoria, where he was raised and ordained a priest.

On Nov. 1, Manhattan Supreme Court Justice Arlene Bluth heard arguments in favor of the transfer from lawyers for Archbishop Sheen’s niece, Joan Sheen Cunningham, as well as those from the Archdiocese of New York, which sought to keep the remains of the famed orator and media pioneer at St. Patrick’s Cathedral in New York City, where he was entombed following his death on Dec. 9, 1979.

The Diocese of Peoria has been a promoter of Archbishop Sheen’s canonization cause for more than 14 years. Today’s ruling is seen as a key factor in allowing his cause to move forward.

“The petitioner (Joan Sheen Cunningham) is granted the right to remove the remains of Archbishop Fulton J. Sheen from St. Patrick’s Cathedral in New York, N.Y., to St. Mary’s Cathedral (in Peoria),” ruled Judge Bluth at the close of a 10-page decision. The court, she said, deferred to the wishes of the family “because petitioner has set forth a justifiable, good, and substantial reason for moving the remains.” Among the reasons cited for disinterment is that the move will aid in the canonization process; that Archbishop Sheen’s parents are buried nearby in Peoria; and that St. Mary’s Cathedral is where Archbishop Sheen was ordained a priest and a place he visited often during his lifetime.

Archbishop Sheen’s heroic virtue and life of sanctity were recognized in 2012 by Pope Benedict XVI, who granted him the title “Venerable.” The Diocese of Peoria has said that, with progress already made in the cause and pending the approval of Pope Francis, a beatification could be celebrated in the near future after the arrival of the remains at St. Mary’s Cathedral, where a crypt is being prepared for his re-interment.

“It is our intention to begin working with the Archdiocese of New York to make this process happen as soon as possible,” according to a preliminary statement from the Diocese of Peoria.