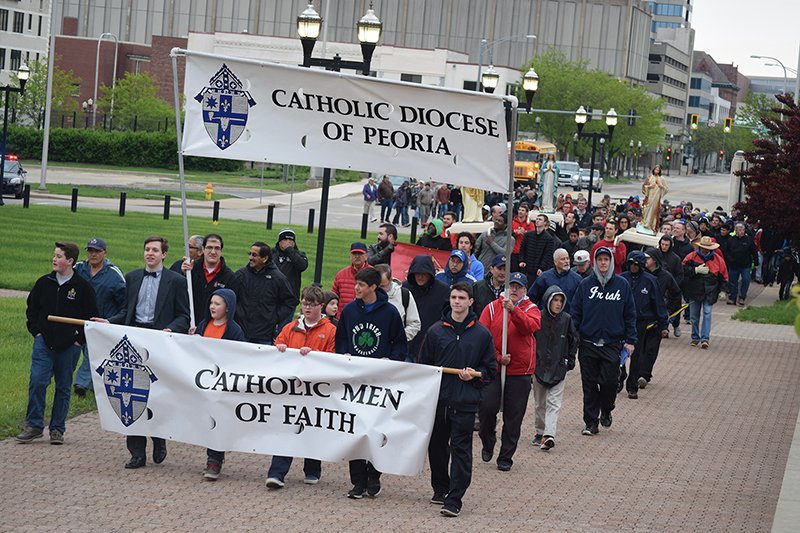 Hundreds of men from throughout the Diocese of Peoria near the end of their march through downtown Peoria in a public defense of faith, family, and the priesthood on April 29. (The Catholic Post/Tom Dermody)

Through the witness of 12 disciples, Jesus changed the world. Catholic men today can change the world by focusing on just one or two people. That was among the challenges issued to hundreds of men from throughout the Diocese of Peoria who braved a rainy, chilly Saturday morning to take part in the annual public […]