The Rosminian presence in the Diocese of Peoria, a constant since the diocese’s founding in 1877 and a major part of Catholic history in Galesburg, is coming to an end. Citing declining numbers since the 1990s and with only two Rosminian priests — Father William Miller and Father Paul Stiene — in active ministry here, […]

24 to be ordained permanent deacons, two transitional deacons on May 20 The 24 men to be ordained permanent deacons for the Diocese of Peoria are shown in this photo collage. (Photos by Jennifer Willems of The Catholic Post)

Twenty-four men will be ordained as permanent deacons for the Diocese of Peoria on Saturday, May 20, during a 10:30 a.m. Mass at St. Mary’s Cathedral in Peoria celebrated by Bishop Daniel R. Jenky, CSC. During the liturgy, Bishop Jenky will also ordain seminarians Andru O’Brien and Ryan Mattingly to the transitional diaconate. (See story […] 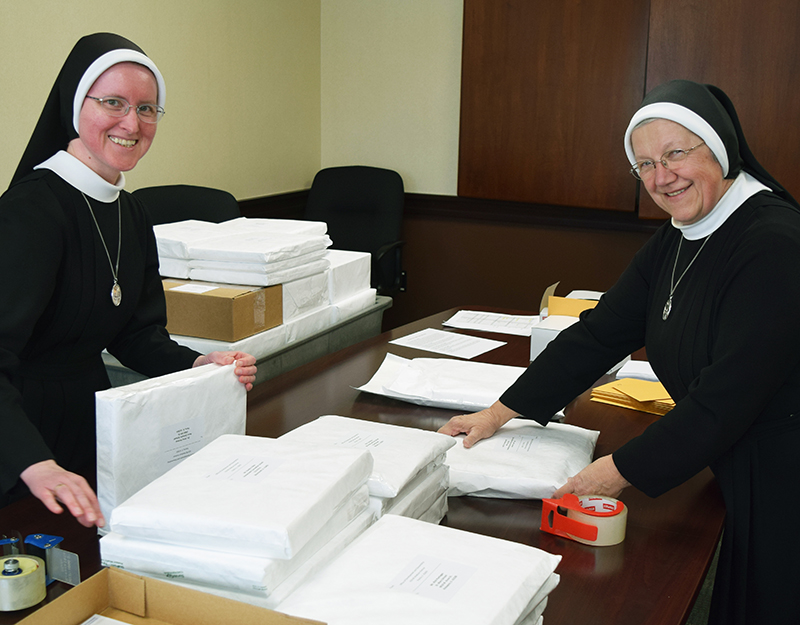 Sister Salezia Rudyova, FSJB, left, and Mother Vaclava Ballon, FSJB, prepare packets of promotional materials for the 2017 Annual Diocesan Appeal to be sent to parishes around the Diocese of Peoria. Sister Salezia, an assistant in the Office of Stewardship and Development, is in her third year as coordinator of the appeal. (The Catholic Post/Tom Dermody)

The invitation to support the 2017 Annual Diocesan Appeal, which will be promoted in all parishes of the Diocese of Peoria the weekend of April 1-2, comes with a bonus — the secret of a happy life. “It’s simple,” says Bishop Daniel R. Jenky, CSC, in an eight-minute video to be shown at Masses next […]

Looking for a Lenten fish fry? Consult this list, add to it if we’ve missed yours 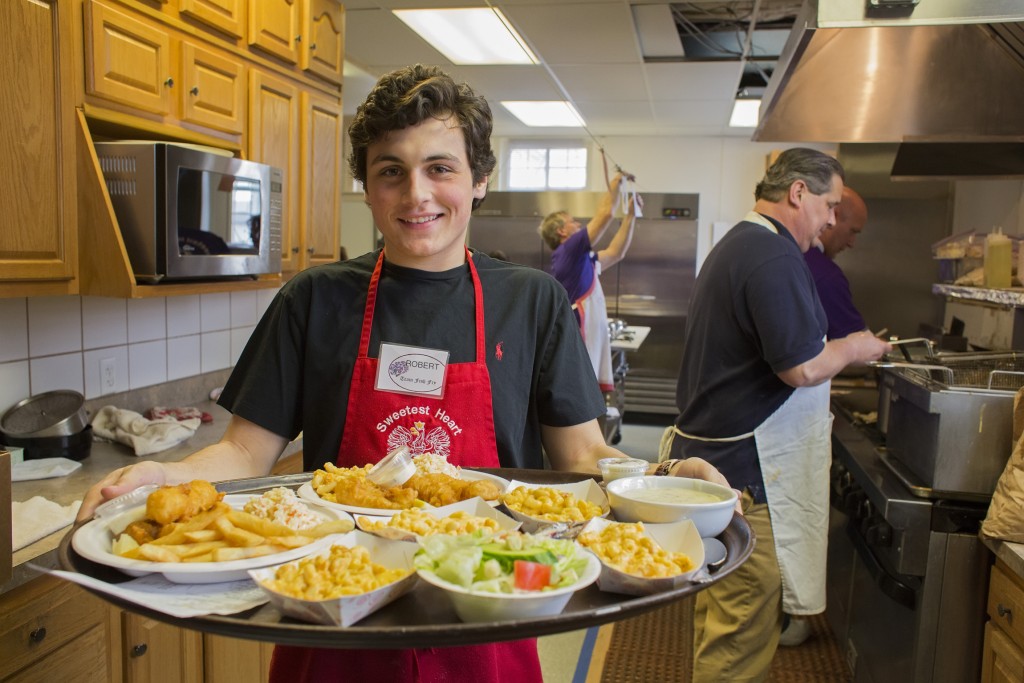 EDITOR’S NOTE: The following list was compiled from information provided to The Catholic Post. New listings will be featured as we are made aware. To add a fish fry, email details to cathpost@cdop.org. Put “Fish Fry” in the subject line.   BLOOMINGTON: The Knights of Columbus, Father Joseph Boylan Jr. Council No. 15175, will have […]

Rite of Election, one of most ‘beautiful’ and ‘happiest’ events, welcomes 437 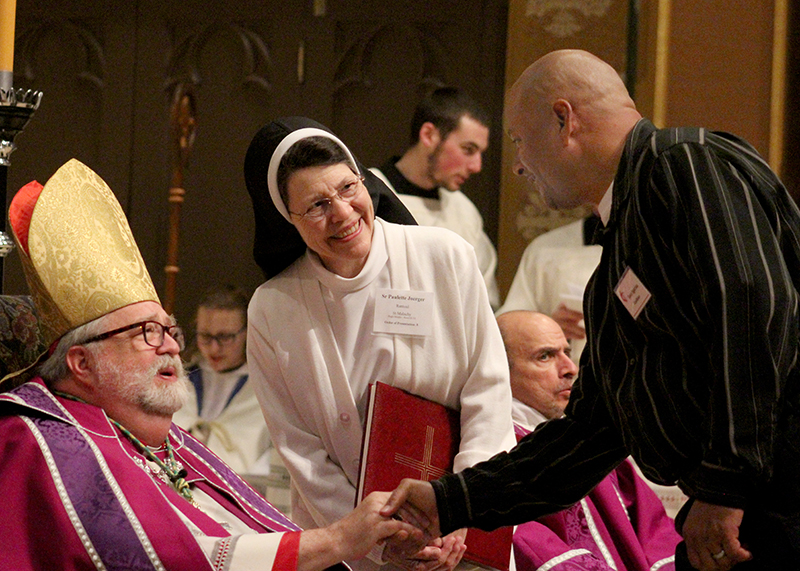 Sister Paulette Joerger, OP, of St. Malachy Parish in Rantoul introduces a candidate to Bishop Jenky during the Rite of Election and Call to Continuing Conversion last spring. This year's ceremonies will take place Feb. 18 and Feb. 25. (The Catholic Post file/Jennifer Willems)

As a Marine traveling the world, Matt Bidwell of Lincoln witnessed many ceremonies, but the Rite of Election and Call to Continuing Conversion at St. Mary’s Cathedral in Peoria last Sunday eclipsed them all. “It was honestly one of the most beautiful events I’ve ever seen. This was so powerful,” said Bidwell, who will be […] "I love Saint Thomas More. I love being a part of Catholic education," says Krista Hinkley (center), one of two educators recognized this year by the Office of Catholic Education as Distinguished Teachers. (Provided photo)

CHAMPAIGN — Krista Hinkley never wanted a job that would just pay the bills. She was looking for something she could love and feel passionate about, something that would never leave her feeling like she was counting down the minutes to the end of the day. Serving as an English teacher at The High School […]