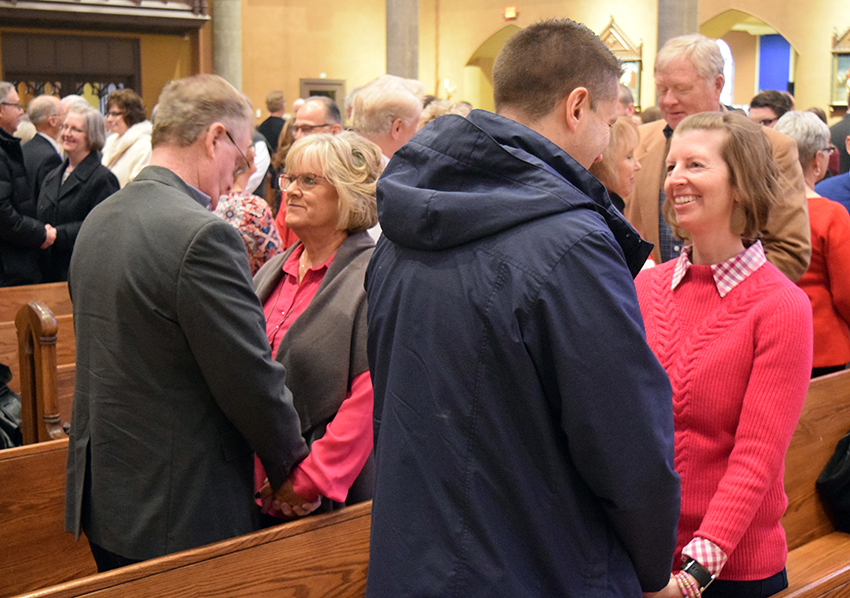 Couples from throughout the Diocese of Peoria renew their wedding vows during the Marriage Mass at St. Mary's Cathedral in Peoria on Feb. 15. Among them were Jason and Kelly Weber of the Heart of Peoria Catholic Community (right) and Ed and Cathy Lee of Immaculate Conception Parish, Monmouth. (The Catholic Post/Tom Dermody)

Love was in the air at St. Mary’s Cathedral the evening after Valentine’s Day as couples from throughout the Diocese of Peoria renewed their wedding vows at the annual Marriage Mass. “As married couples, you are not only a blessing to one another, but your love and fidelity are blessings to the entire Body of […]

James Marsden and Sonic, voiced by Ben Schwartz, are seen in the movie "Sonic the Hedgehog." The Catholic News Service classification is A-II -- adults and adolescents. (CNS/Sony)

By Catholic News Service There’s something oddly mechanical and even maladroit about this adaptation of the Sega videogame. On a lengthy road trip from rural Montana to San Francisco, the super-speedy extraterrestrial character of the title (voice of Ben Schwartz) interacts with various humans, most prominently a sheriff (James Marsden) he’s befriended, while being pursued […] 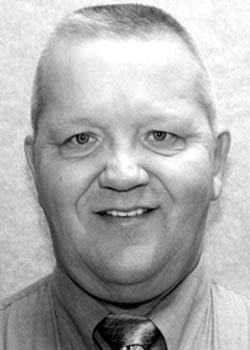 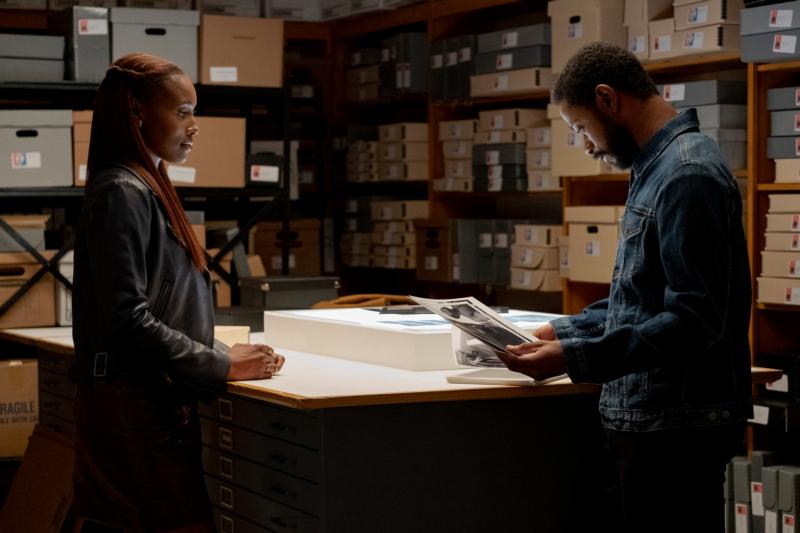 Issa Rae and LaKeith Stanfield star in a scene from the movie "The Photograph." The Catholic News Service classification is A-III -- adults. (CNS/Universal)

By Catholic News Service Mature, though morally flawed, romantic drama interweaves the burgeoning current-day relationship between a museum staffer (Issa Rae) and a journalist (LaKeith Stanfield) with flashbacks to the 1980s bond between the curator’s mother (Chante Adams), then an up-and-coming professional photographer, and her less ambitious boyfriend (Y’lan Noel). Writer-director Stella Meghie works at […] 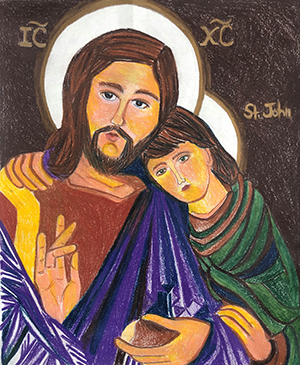 ROCK ISLAND — The focus will be on art in all its forms this weekend at the Ninth Annual Art of Faith, a juried sacred art show and sale. The theme is “Rest in the Sacred Heart of Jesus.” The show, which features the work of 19 local artists, is being held Saturday, Feb. 15, […]

CHAMPAIGN — “Abby’s Journey,” a video featuring former Planned Parenthood director Abby Johnson and her journey into pro-life ministry, will be shown at 6:30 p.m. on Sunday, Feb. 23, at the Holy Cross Parish Center, 405 W. Clark St. The showing of the video will help kickoff the spring campaign of 40 Days for Life […]

By Catholic News Service Set in a rundown Paris suburb with a large community of Muslim immigrants, this drama traces the slow breakdown of its public order. Director Ladj Ly, who co-wrote the screenplay with Giordano Gederlini and Alexis Manenti, uses the outline of a police procedural — the film mostly takes place over a […]