“Once Upon a Deadpool” (Fox)

Fred Savage and Deadpool, played by Ryan Reynolds, star in a scene from the movie "Once Upon a Deadpool." The Catholic News Service classification is L -- limited adult audience, films whose problematic content many adults would find troubling. (CNS/Fox)

By Catholic News Service Slightly reworked version of “Deadpool 2” designed to qualify for a less restrictive rating from the Motion Picture Association of America. Besides subtractions of violence and gore, there’s the addition of a framing narrative in which the snarky superhero of the title (Ryan Reynolds, who also co-wrote the script) recounts his […] 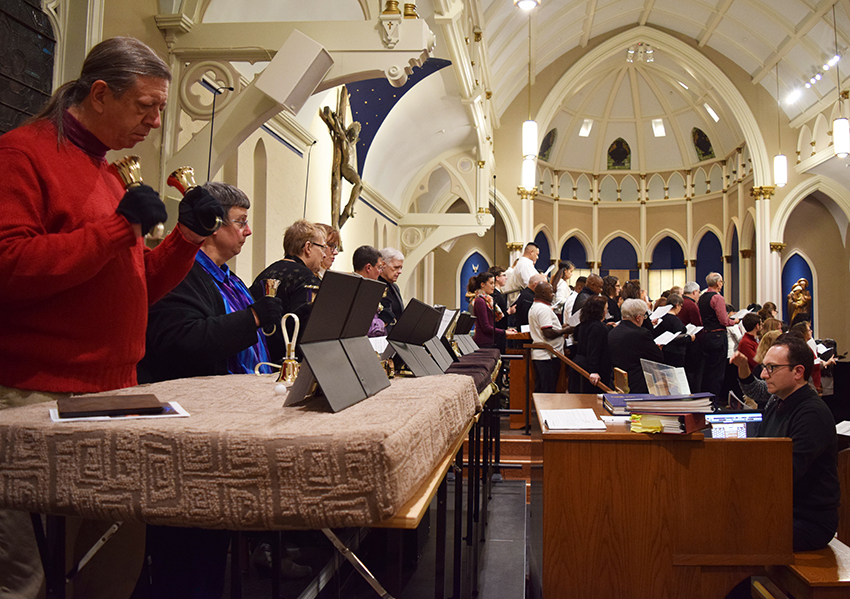 As the St. Patrick Bell Choir plays at left and Dr. Franklin Gallo accompanies on organ, a combined choir of nearly 100 voices sings at the close of A Festival of Lessons and Carols at St. Patrick Church in Urbana on the evening of Dec. 9, the Second Sunday of Advent. (The Catholic Post/Tom Dermody) 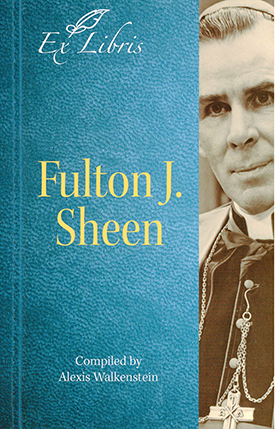 The cover of "Fulton J. Sheen" by Alexis Walkenstein. (CNS)

Solemnity of the Immaculate Conception does not get weekend dispensation 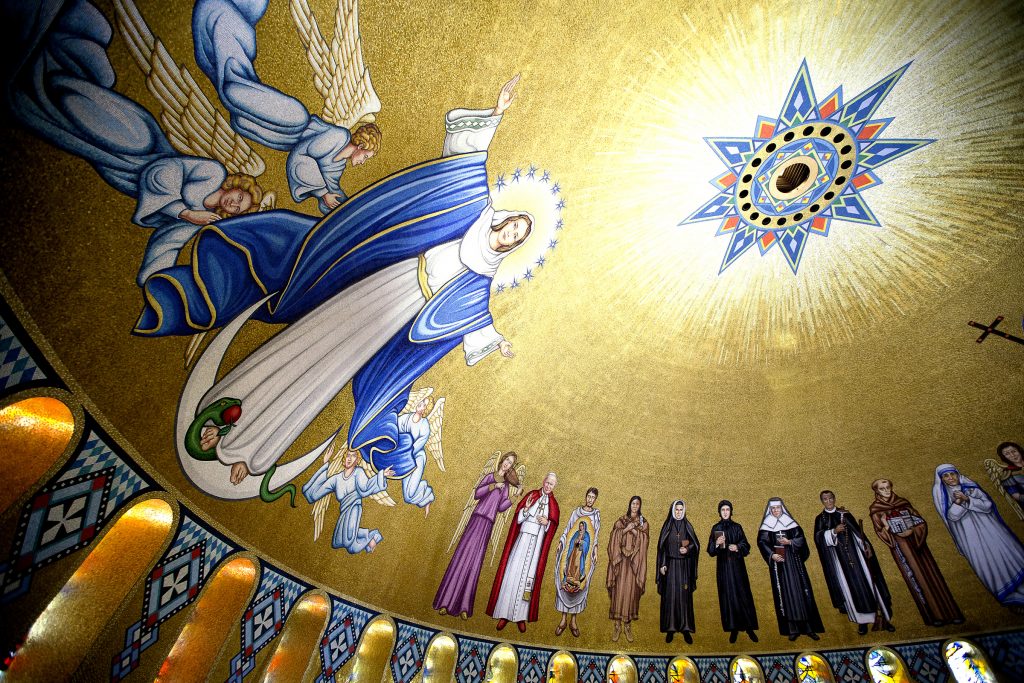 WASHINGTON (CNS) — Just last year, Catholics were required to attend separate Masses two days in a row for the Sunday obligation and Monday’s Christmas Mass. Now, they have a similar opportunity this year with the Solemnity of the Immaculate Conception falling on a Saturday — Dec. 8. The vigil Mass on Saturday evening is […]

“Spider-Man: Into the Spider-Verse” (Columbia)

This is a scene from the animated movie "Spider-Man: Into the Spider-Verse." The Catholic News Service classification is A-II  adults and adolescents. (CNS/Sony)

By Catholic News Service Innovative but noisy and frenetic animated take on the Marvel Comics superhero saga focuses on a Brooklyn teen (voice of Shameik Moore) who, like the original before him, acquires web-slinging abilities after being bitten by a radioactive arachnid. When a villain (voice of Liev Schreiber) opens a portal to other dimensions, […]

Six more priests from Africa being welcomed to Diocese of Peoria, assigned

Bishop Daniel R. Jenky, CSC, has welcomed six priests from various locations in Africa to serve in the Diocese of Peoria. The six, whose assignments appear below and who will be profiled in a future issue of The Catholic Post, join about a dozen priests from Africa already serving in parishes and medical centers within […] 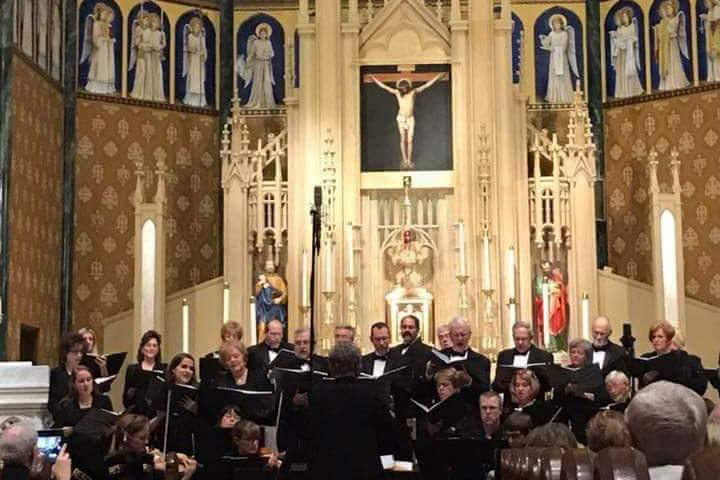 The St. Anthony Camerata Chorale Festival Choir performs at St. Mary's Cathedral in this 2017 photo. In addition to selections by the ecumenical choir and soloists, the "Christmas at the Cathedral" concert on Dec. 16 will include an invitation for the audience to sing along on some of the carols. (Provided photo)

The St. Anthony Camerata Chorale Festival Choir will present a concert, “Christmas at the Cathedral,” on Sunday, Dec. 16, at St. Mary’s Cathedral in Peoria. It will begin at 3 p.m. The ecumenical choir, based at St. Anthony Parish in Bartonville, will perform Mozart’s Coronation Mass KV 317, along with traditional Christmas carols and songs […] 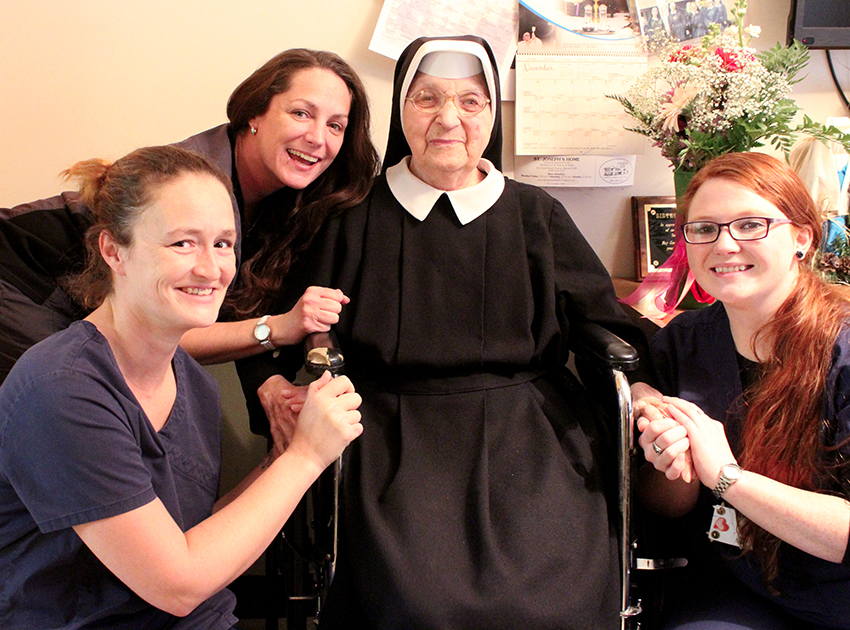 In her day, Sister M. Alphonse Husak, DSF, was a force to be reckoned with. Calm and competent as a nurse, she was often called in the middle of the night to help mothers during labor and delivery or assist with emergencies at St. Francis Hospital in rural Mountain View, Missouri. She spent 45 years […] 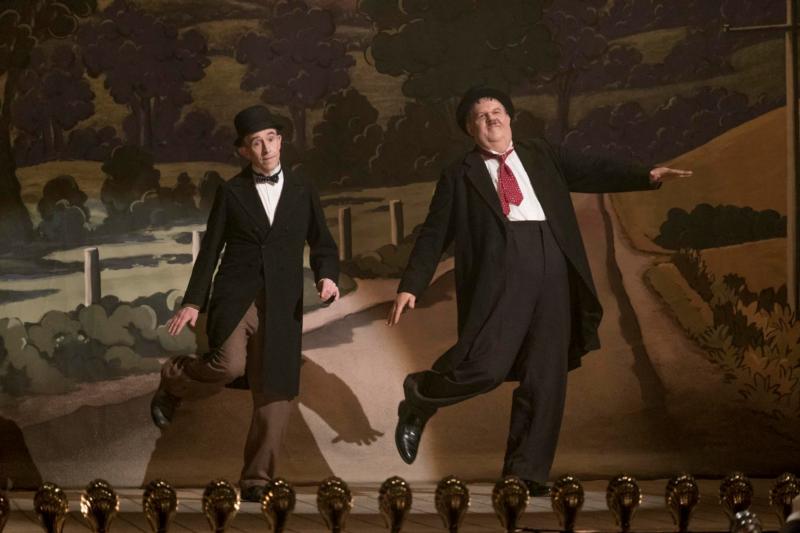 By Catholic News Service Film comedy icons Stan Laurel (Steve Coogan) and Oliver Hardy (John C. Reilly), fight off age and obscurity with immense courage during what would be their final tour of British music halls in 1953. Director Jon Baird and screenwriter Jeff Pope have achieved a poignant, pitch-perfect, affectionately nostalgic story without much […]

By: Jennifer Willems   -   December 5, 2018   -   News Article Advent, Bishop's Commission on Women in the Church and in Society, Father Adam Cesarek, Our Lady of Perpetual Help 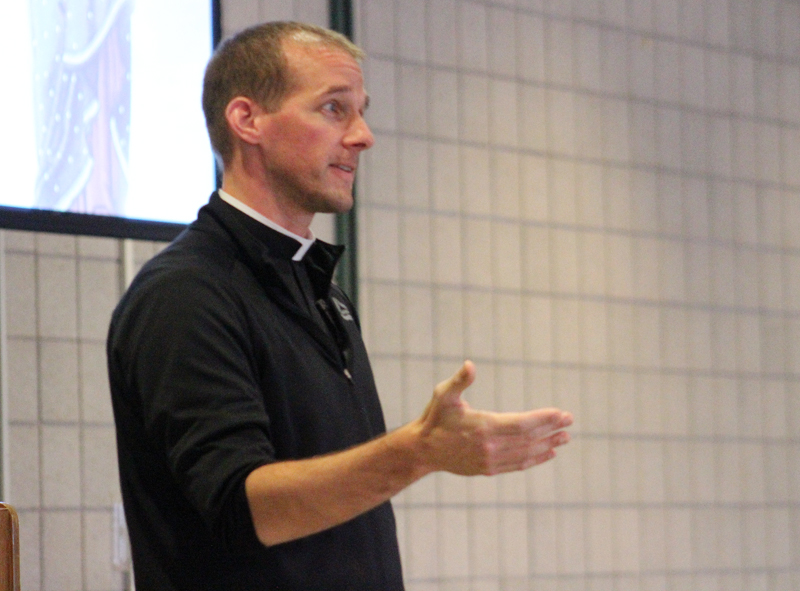 Father Adam Cesarek encouraged those who attended an Advent retreat sponsored by the Bishop's Commission on Women in the Church and in Society to celebrate the season by preparing well, protecting their relationships with God and others, and deepening their spiritual lives through prayer and the sacraments, especially the sacrament of reconciliation. The retreat took place Dec. 1 at St. Vincent de Paul in Peoria. (The Catholic Post/Jennifer Willems)

Advent can be a time of incredible grace with a little preparation, protection, participation and prayer, Father Adam Cesarek told those who attended a morning retreat planned by the Bishop’s Commission on Women in the Church and in Society. It took place last Saturday at St. Vincent de Paul in Peoria. Father Cesarek’s theme was […]